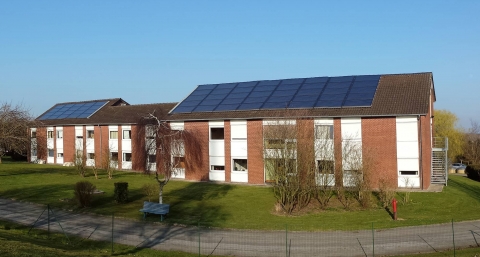 This resthouse had already been sensitized by renewables, and particularly by solar thermal. That's why two solar tanks had been placed in the heating room, waiting to be linked to a future installation. During several meetings between Clairval's board and Sunoptimo, we were able to spotlight the advantages of our technology reagrding to its production (solar fraction) and its profitability. The outcome of this is a 150 m² solar thermal installation on the west wing roofs. Solar production is stored in the tanks that were already placed, and in added tanks from another heating room. 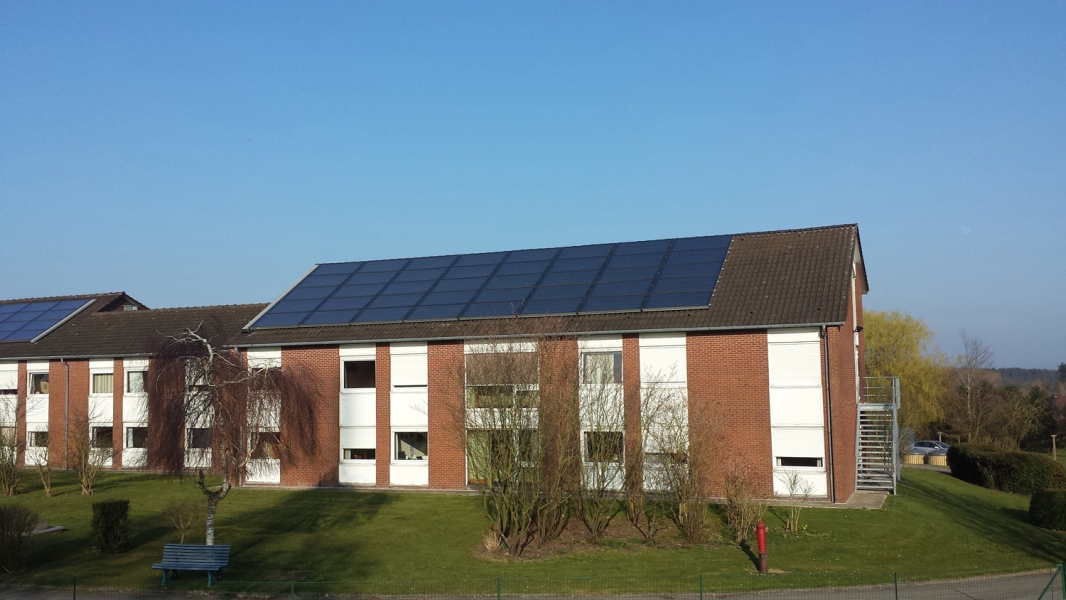